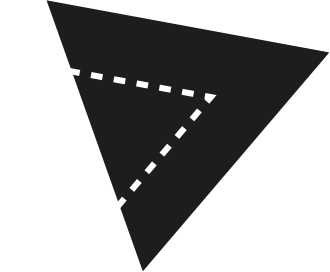 I’d heard good things about this place, but this burger honestly blew my mind! The patty had such an incredible and firm texture with a wonderful peppery flavour, I couldn’t believe it was made from mushrooms! The salad was great, not too overbearing, and the pickles with sweet mustard and creamy mayo tied all the wonderful flavours together like a modern take on an American classic cheeseburger. The only down side (which I’ve marked a point down for) was the cheese. It bumped the price up from 170 baht to 220 baht and to be honest, was a bit ‘meh’. It didn’t really have any flavour and lacked that melty texture too so I’d definitely opt for the mushroom burger without.

Served with chunky potato wedges, salad and mayo on the side, this meal was hefty! But trust me, you will find room! It’s beautiful presentation (even when cut in half) scored 9.5 purely because if I had to be extremely fussy, you could have seen a bit more colour in the salad on the plate.

Happiness came in strong because the service was excellent, the ambiance was perfect, there was good wifi (if you’re looking for that), I was served with free cold water and there were excellent options for drinks and desserts to finish off your meal if you could find room for something extra (trust me, you’ll make room!)! - I had the four seasons smoothie and the raw mango and passionfruit cheesecake which were phenomenal - totally recommend! Basically, I was beaming from start to finish! The only thing to slightly criticise was the big, shiny price tag!

I was disappointed with this one because when I’d asked for advice on the four burger options from the waitress, she was really enthusiastic about the black bean burger explaining that it was her favourite. In reality, it looked really nice on the outside (although it’s served without fries and only a tiny sauce-pot-sized salad) but its taste was meagre at best. The patty fell apart and had little flavour, the cheese was nice but didn’t do enough to make up for what the patty was lacking and there was so much lettuce, I felt like I was drinking half a glass of water with each bite - I actually had to take some out. I also added ketchup to give it a bit more flavour which helped a bit. The tiny salad on the side tasted great (the thick dressing type stuff on top was wonderful!), but you definitely could have done with some fries or another side dish affecting the overall happiness score.

I would have cut down on the lettuce and added a crispy onion ring or crunchy noodles for texture then loaded up with jalepenos and a cool mayo. Then it would be a real burger!

I would make a note that I shared a hummus platter with a friend which was nice so I’d probably visit there again but not for a burger and I wouldn’t be in a rush because there are so many other wonderful vegan eats in Chiang Mai!

This baby was a contender! Scoring seriously well all round, the broccoli quinoa charcoal burger left me more than satisfied! I think the best part was that you didn’t really know what was in it as its contents are not described on the menu, so when it showed up with both mayo and guac inside, I was a happy woman!

The patty was a good and solid texture that didn’t fall apart and held up in terms of density of flavour with an underlying sweet tang which was a nice surprise! Add in the tomato and pico-de-gallo style topping for extra texture and flavour or eat it on the side like I did - whatever you prefer! The homemade root fries were super tasty and made from sweet potato, taro and regular potato although the taro ones were a little dry. The only other downside I would say was that you could definitely taste that the burger bun was frozen or a bit stale which could be easily improved.

Overall, a great burger in a fantastic little buzzy vegan hub in Bangkok! They sell zero waste products there as well which factors into my happiness rating, too! I did subtract half a point because you have to queue and order at the bar which I feel is a bit cheeky when they’re charging such high prices for food. Totally worth it though because it was just FAB!

Paper Butter and the Burger, Bangkok

I’ll keep this review simple, like the burger. Tomato, lettuce, an onion ring and a tempura sweet potato patty; this take-away style meal was a bit meagre. It was meant to have a portobello mushroom but I didn’t realise, until after, that mine was served without. The purple sweet potato looked cool but didn’t have a huge amount of flavour. The onion ring was nice but was just more fried ‘stuff’ to throw inside, there wasn’t enough lettuce for it to have any real strong flavour and the tomato was the only extra to give it any moisture (as you need to ask for it without cheese and sauce to make it vegan). A giant dollop of ketchup made it an okay quick snack but overall it lacked diversity, creativity and any nutritional value. It was also very expensive being small and served without sides. Wouldn’t recommend and wouldn’t eat again - probably better for vegetarians.

When this burger was brought over to the table, to say I was excited would be an understatement - it looked outstanding! A big sesame bun with oozy cheese coming out the sides, giant onion rings, big chips, colourful salad and two sauces, I thought I’d be onto a winner!

The reality was a little bit different… Although the plate was well presented, the burger was a bit ‘meh’. On closer inspection, I realised that the burger itself was just the soy meat and cheese in a Tesco-style bun - disappointing. The flavour of the ‘meat’ was good, but it wasn’t a patty, it was just shredded soy dumped in there (in their defence, it does say ‘shredded soy’ on the menu) and smothered in too much cashew cheese that didn’t really have much flavour at all. It was a bit of a mush that fell out the edges. I would say that the pickle-relish-mayo sauce was spectacular (I ordered extra) and so were all the sides.

I enjoyed the food but it wasn’t amazing. From what my friends ordered, there are definitely better choices on the menu. At more than £6.50, the burger was not worth it, but the overall portion size was big. A fair few happiness points lost over expectation vs. reality.

On a plus, the staff were lovely and allowed me a free glass of water with ice when requested as I didn’t want to purchase plastic which was a nice touch. Cute veggie spot in Bangkok but not the place for a top burger!

So I’ve been to Veganerie a few times already so I knew I was going to be in for a treat but this burger really hit the spot! Starting with the all important patty… It had good bite to it (from the Shiitake mushrooms) and had a great smokey and peppery flavour. Stacked with fresh salad and fragrant pineapple then drizzled with spicy mayo and sweet teriyaki, it was all an all-round outstanding combo of sensational tastes! The bun was doughy (in a good way!) and tasted great as a standalone flavour which you still picked up even through the other fabulous ingredients. Served with a sesame sauce on the side (oh my days, this was like an unbelievable tangy, dream!) and a choice of either a caesar salad or sweet potatoes. I had sweet potatoes which were a bit under-seasoned and good enough when slathered in the sesame dream dip.

A decent looking burger but not outstanding, but it’s really impressive what they manage to rustle up such a big, varied and phenomenal tasting menu in the tiny, open kitchen space there! I’d feed back that I felt like I was missing some crunch (crispy noodles might’ve been nice?) and the burger was pretty small, especially for the price, costing happiness points. The plus side is, with the extra room, you can fit in one of their outstanding desserts and/or milkshakes/smoothies!

A small criticism to the brand would be that it’s so lovely to see biodegradable straws and go green incentives (including discounts when bringing your own containers) but a shame to see that most of your cake slices are individually wrapped in plastic! I’d buy way more to take away if you scrapped that and jumped fully on the eco train!

Overall, well done Veganerie, once again, I was not left disappointed!

This was definitely a good, solid burger. Different to the usual but filled with flavour, the tempeh burger left quite an impression and went down a treat. There wasn’t so much to it in terms of ingredients, but the tempeh was crunchy and delicious (although I would’ve liked a bit more in there) and the satay-style sauce complimented it perfectly (honestly, it was unreal!). Standard salad (tomatoes and lettuce) inside the burger and a lovely and bright side salad to accompany. The vegan mustard dressing was perfect and reiterated how well this restaurant did homemade vegan sauces! The slight downside was the bun. It actually had such a lovely taste but was a bit too dense leaving you with that heavy feeling after eating it. Overall, it looked good, tasted great and was good value for the quality. Service wasn’t particularly friendly but wasn’t terrible - this slightly affected my happiness score. It didn’t matter so much because I still left very full, with a big fat grin and keen to return to Ethos in future. Especially as they have apple crumble with custard for dessert which honestly blew my mind!